or login using a third party:

Beyond Zork: The Coconut of Quendor

Aimlessly wandering through the Southlands of Quendor, the hero of the game encounters the Implementors, powerful beings who warn him of a terrible danger: the Coconut of Quendor, the very embodiment of Magic, has been stolen by terrifying monsters known as Ur-Grue, said to be the spirits of fallen Implementors. The task is clear, but by no means easy: locate the Ur-Grue and return the Coconut of Quendor to its rightful owners!

Beyond Zork: The Coconut of Quendor introduces a somewhat different gameplay system compared to the previous text adventures of the Zork series. Text-based interaction and puzzle-solving are still present; however, role-playing elements have been added to the mix. The player character has six attributes assigned to him: endurance, strength, dexterity, intelligence, compassion, and luck. These can be determined by the player at the beginning of the game, randomly chosen by the game, or provided as part of a pre-generated character. The attributes affect the outcome of combat, which occurs in certain locations. They can also be raised or lowered during the game by gaining experience, drinking and eating certain items, wearing accessories, or in another fashion (sometimes humorous - for example, intelligence will be lowered by typing in swear words). Many locations and objects in the game are randomly generated. 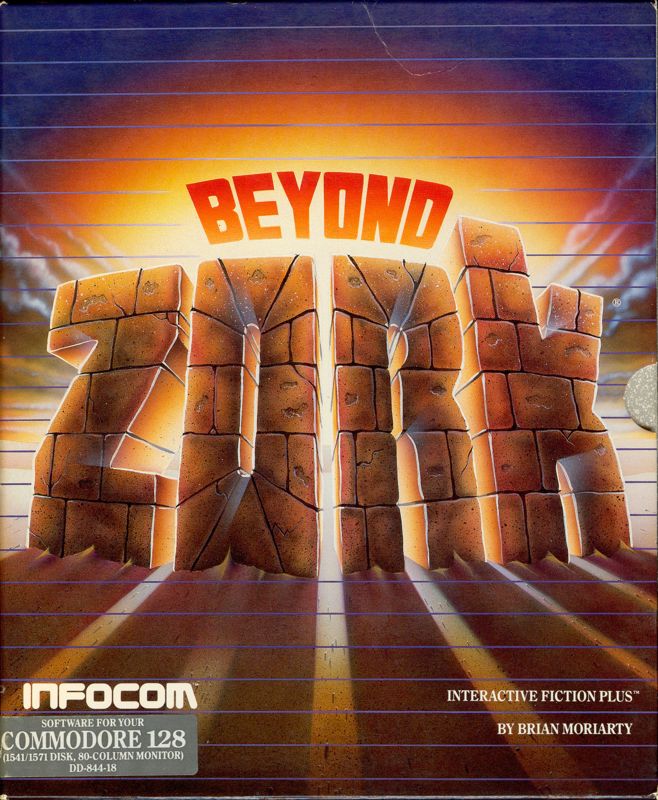